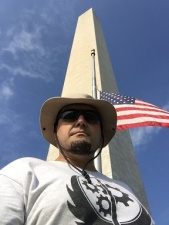 Occupation:
I work for the government.

It Wandered In From the Wastes