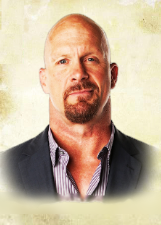 Quick question for you guys. If a new Fallout game was announced, what's the one thing it could have that would guarantee you'd buy it? Mar 20, 2016