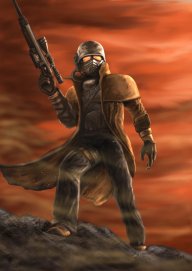 Got myself into Speedrunning last year, so weird that I got into CoD after all these years of hating it, Black Ops 2 is the best imo May 8, 2019